Ferrovial, a global leading infrastructure operator, and innovative transportation and technology company Hyperloop Transportation Technologies (HyperloopTT) have signed a framework agreement that will allow the two businesses to analyze opportunities on hyperloop projects in the United States.

Ferrovial and HyperloopTT would work together on tasks including route development analysis, operation and maintenance for hyperloop technology, engineering and construction work, and operation and maintenance for both passenger and cargo solutions for specific projects within the United States. The framework agreement establishes the principal terms for the companies to identify opportunities to work together in pursuit of specific projects.

“This collaboration brings together the cutting-edge technological expertise of HyperloopTT and Ferrovial’s 70-year track record as a global leader in infrastructure development and operation,” said Andres De Leon, CEO of HyperloopTT.

“New technologies from hyperloop to 5G communications require us to rethink our world,” said Andrés Camacho, Mobility Director for Ferrovial. “A client or a supplier who used to be hundreds of miles away will soon be within reach in a matter of minutes. Ferrovial’s successes bringing people together via roads, railways, and airplanes have established us as a dedicated, innovative leader delivering, operating, and managing world-class infrastructure assets.”

Hyperloop is a new mode of transportation that consists of a reduced pressure tube pathway, a passive magnetic levitation system (Maglev), and a linear electric motor used to propel self-contained capsules carrying passengers and/or cargo. The low air resistance and lack of friction make it possible for vehicles to reach very high speeds with minimal energy use.

In 2018, in partnership with HyperloopTT, government officials commissioned a feasibility study for America’s first multi-state hyperloop in the Great Lakes MegaRegion connecting Chicago, Cleveland, and Pittsburgh. The study, released in December 2019, determined the technology and route were both feasible.

In France, HyperloopTT is currently running full-scale tests to establish safety and insurance certifications, as well as optimizing and fully integrating the technical components of the system. HyperloopTT is also working on the world’s first commercial hyperloop system of 3-5 km in the Emirate of Abu Dhabi.

HyperloopTT’s system will primarily be built on pylons, with some ground level and underground segments as needed. Designed using civil engineering best practices, it has the ability to withstand seismic activity and thermal expansion. “Hyperloop is safe, proven, and cutting-edge technology that will require world-class construction know-how,” said Dirk Ahlborn, founder, and chairman of HyperloopTT. “This agreement will combine Ferrovial’s pedigree and commitment to innovation with HyperloopTT’s accomplishments as the first company founded to develop hyperloop and make it a reality.”

Ferrovial serves a world on the move. The company has earned a reputation as a leading infrastructure investor and operator, dedicated to developing sustainable solutions throughout the lifecycle of a project with an integrated approach, taking advantage of the synergies among its business divisions. Ferrovial currently manages $10 billion in assets in the United States.

Ferrovial’s business units are at work across the United States financing, designing, building, and operating complex infrastructure projects from railways and water facilities to managed lane toll roads. Globally, Ferrovial Airports has spent more than 20 years managing large airports such as Heathrow and regional airports in Glasgow, Southampton, and Aberdeen. Ferrovial has worked with the Massachusetts Institute of Technology since 2011 to support research projects aimed at transforming cities and developing the infrastructures of the future, as a sustaining member of the MIT Energy Initiative (MITEI). The company also leads several innovation programs in North America and the European Union in the infrastructure and mobility industries.

Ferrovial recently launched its new open innovation platform, Foresight to explore the future of transportation infrastructure and mobility.  Foresight is a digital space to create together within the innovation ecosystem  alongside clients, startups and other agents in the sector for a better future with a long-term vision. Foresight serves as a meeting point to collaborate in new projects and exchange knowledge about new trends and technologies.

Ferrovial’s contributions to the development of high-speed passenger rail networks in Europe and around the world and the company’s relentless commitment to connecting communities and people make Ferrovial an ideal partner to deliver the next generation of infrastructure.

Ferrovial, a leading global infrastructure operator, is committed to developing sustainable solutions. It is a member of Spain’s blue-chip IBEX 35 index and an industry leader in the Dow Jones Sustainability Index; it is part of FTSE4Good and the Carbon Disclosure Project, and all its operations are conducted in compliance with the principles of the UN Global Compact, which the company adopted in 2002. For more information visit www.ferrovial.com.

Hyperloop Transportation Technologies (HyperloopTT) is an innovative transportation and technology company focused on realizing the hyperloop, a system that moves people and goods safely, efficiently and sustainably by bringing airplane speeds to the ground. Through the use of unique, patented technology and an advanced collaborative business model, HyperloopTT is creating the first new form of transportation in over a century.

HyperloopTT’s European Research and Development Center in Toulouse, France, the aerospace capital of Europe, is home to the world’s first and only full-scale test system. In 2019, HyperloopTT released the first comprehensive feasibility study analyzing a hyperloop system, which found that the system is economically and technically feasible and will generate a profit without requiring government subsidies.

Founded in 2013, HyperloopTT is a global team of more than 800 engineers, creatives and technologists in 52 multidisciplinary teams, with 50 corporate and university partners. Headquartered in Los Angeles, CA and Toulouse, France, HyperloopTT has offices in  North and South America, the Middle East and Europe.

HyperloopTT
Founded in 2013, HyperloopTT has an established network of more than 800 highly skilled individuals across five continents. We’ve created powerful partnerships with universities and corporations. This passion-driven and unstoppable team works across countries, time-zones, and disciplines to fast-track the future. 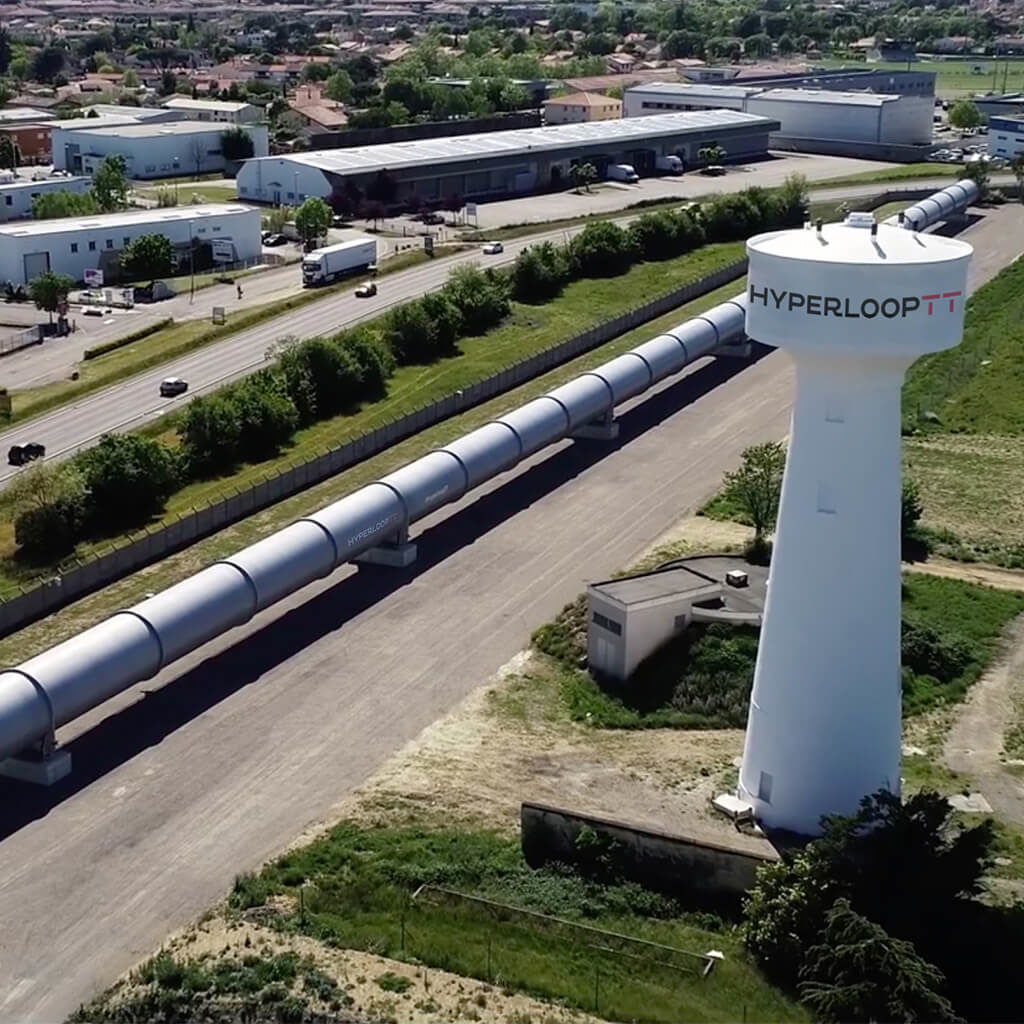 By
HyperloopTT
| Read time 3 min.
The United States Congress Advances Hyperloop with Open Testimony from HyperloopTT In a panel session with the US…
Read more
Read more 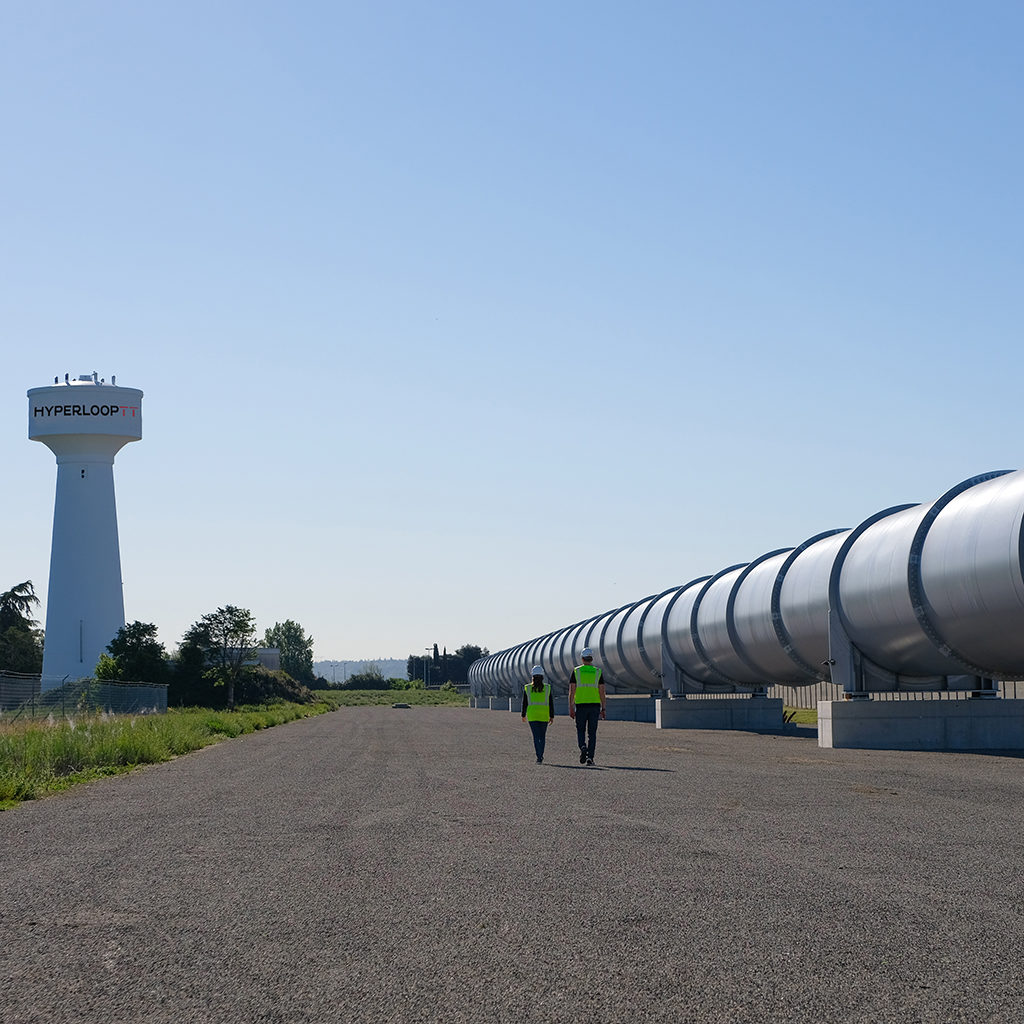 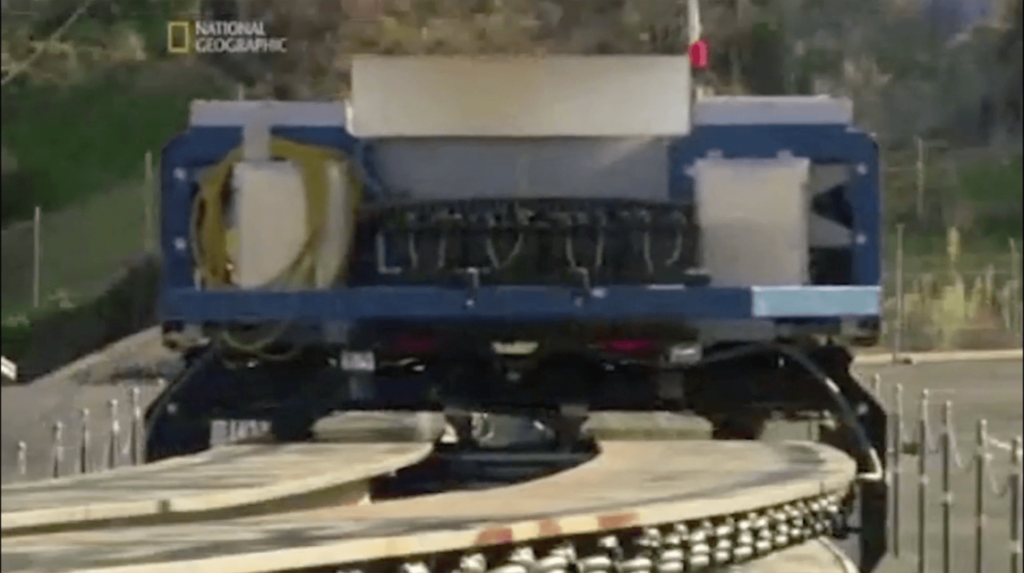 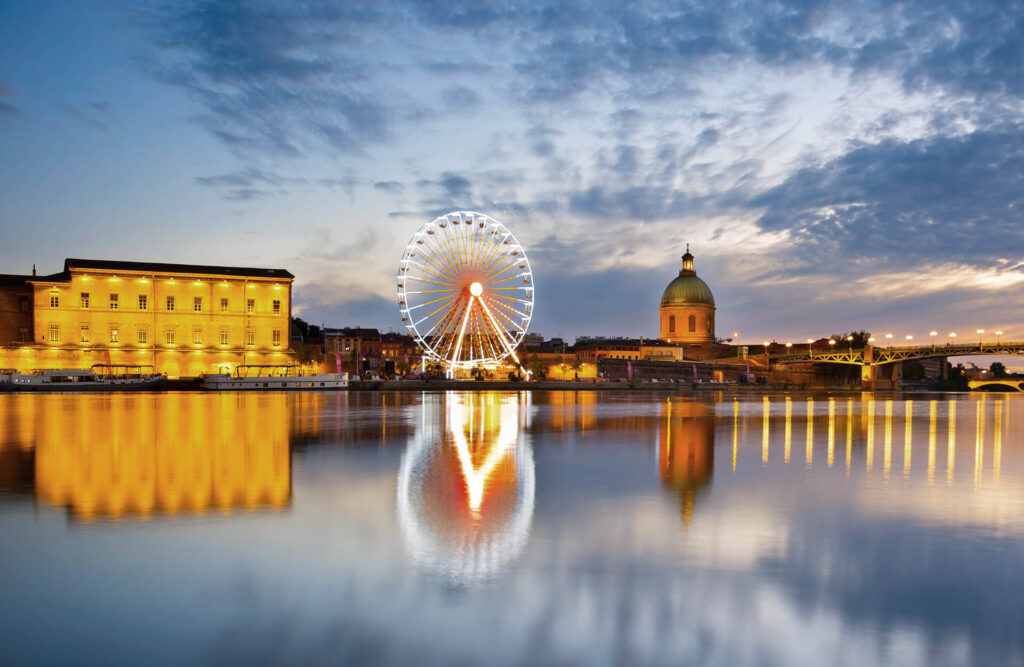 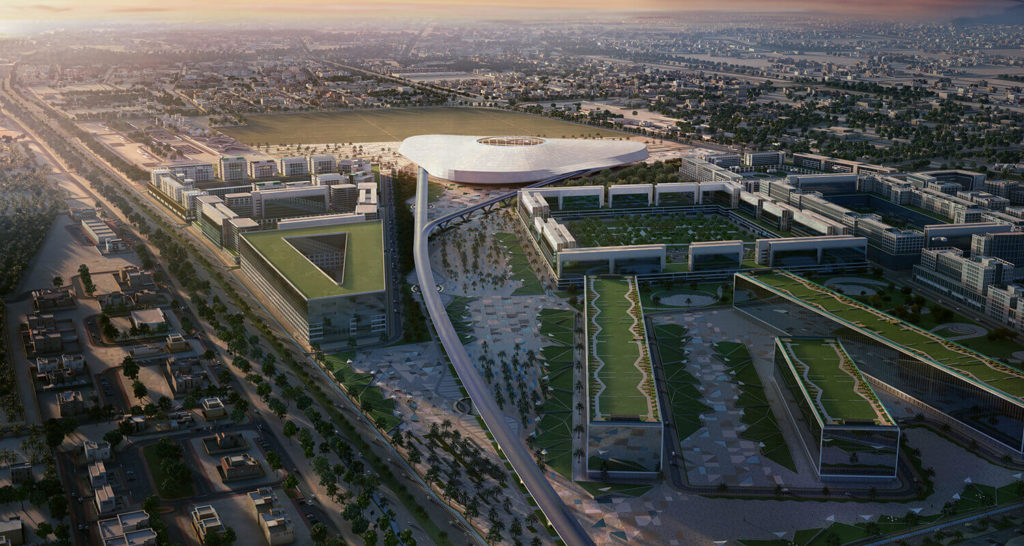 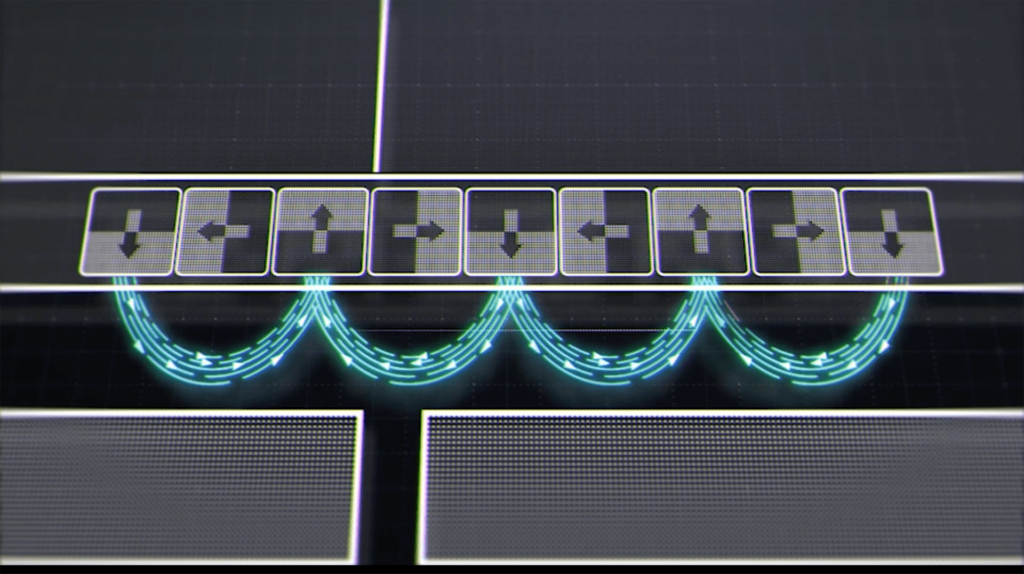 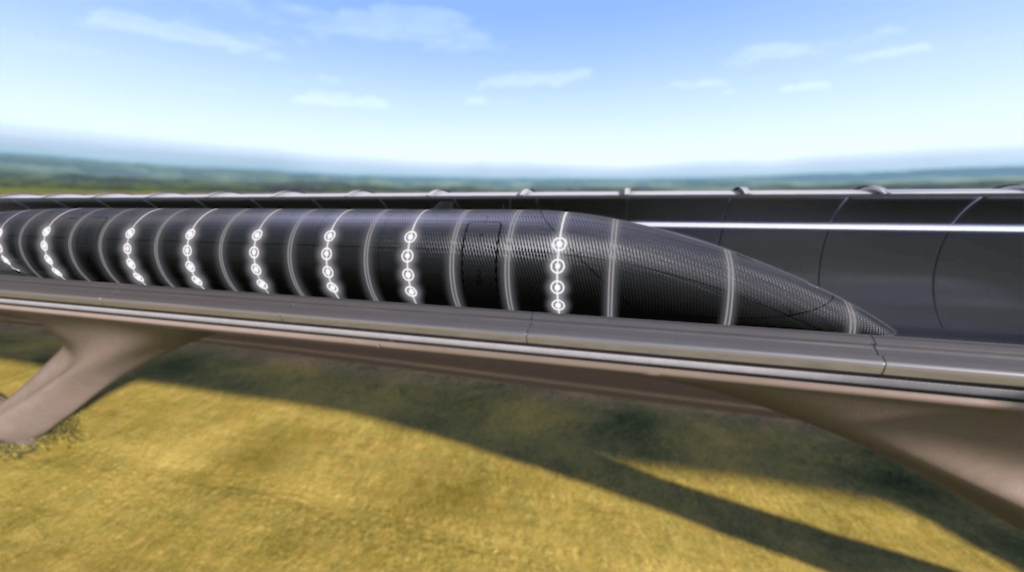 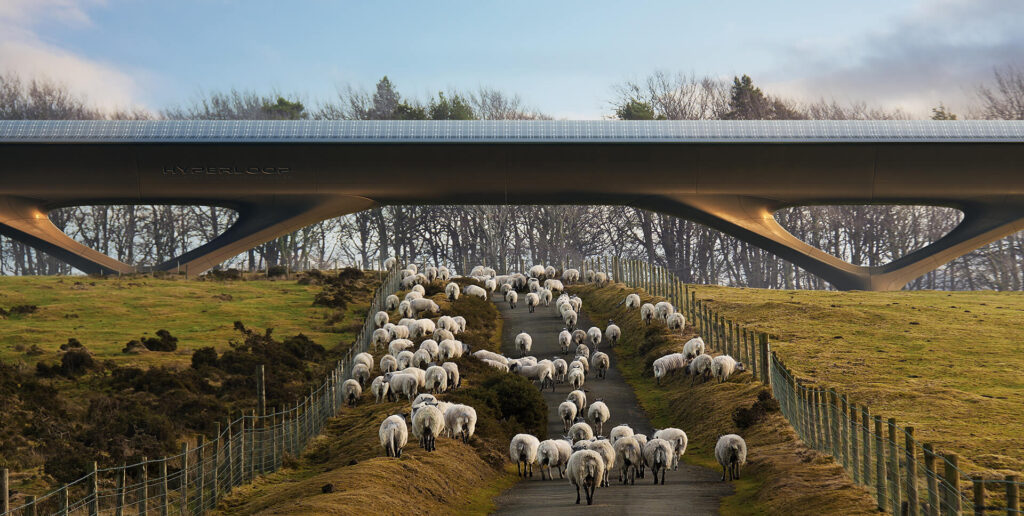 Read more
Back to all stories
Menu